I have always had a soft spot for New Zealand and its wine, and it was a vinous experience way back in the 1990s that proved to be my epiphany – getting me interested in wine in general and New Zealand wines in particular.  A love affair that remains to this day.

I tried a wine that was so different from anything I had tasted before – it quite literally grabbed me by the throat with its pungent intensity.  The grape was Sauvignon Blanc and the producer was Cloudy Bay.  Yes, even in these early years of my vinous experience, I liked a drop of the good stuff although I didn’t realise it at the time!

Certainly Cloudy Bay captured the imagination, for years it was the darling of certain sections of the wine press and although I feel it did lose it’s way a bit over the intervening years it still holds a place in my heart for kick starting my love affair with wine.

But is it still the best?  With a price point of £23-£25+ it remains at the premium end for Kiwi Sauvignon but has more of a fight on its hands today with new pretenders to the throne, one of which is one of my personal favourites Greywacke.

What makes this so much more intriguing is the fact that the winemaker (and owner) of Greywacke is none other than Kevin Judd, who happens to have been the original winemaker at Cloudy Bay overseeing 25 vintages before heading out on his own.  An innovator and brilliant winemaker, Judd’s wines are expressive and above all original and regularly score 90+ points.

Having not tasted Cloudy Bay for many years  I decided to revisit it and compare it stylistically with Greywacke. The vintages are slightly different but no matter, this is about quality and value. 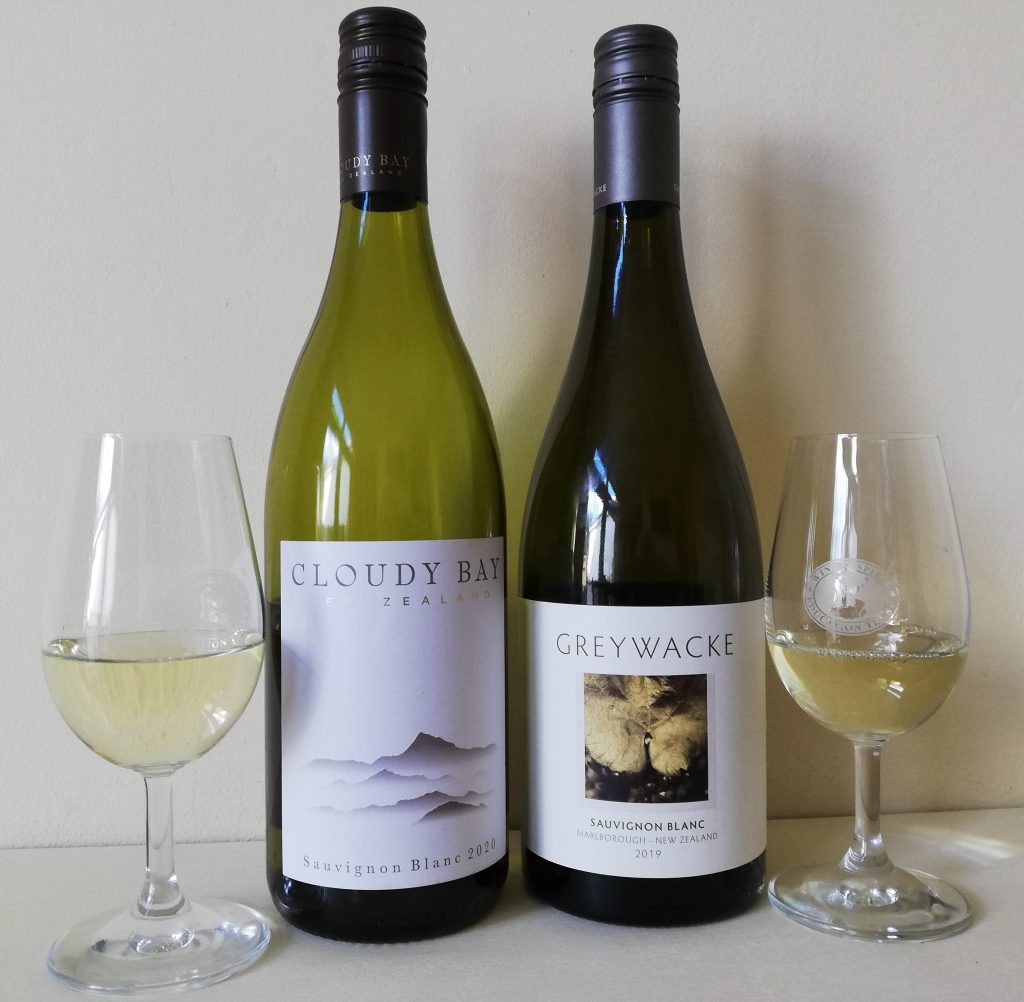 Cloudy Bay Sauvignon Blanc 2020 – for me this is the more delicate of the two with lifted aromas of floral elderflower alongside sherbetty citrus fruit with a distinct wet stone minerality. On the palate the wine is very high in acidity, with more citrus fruit evident with a herbaceous lemongrass and blackcurrant leaf note.  It reminds me a bit of Sancerre stylistically.

Greywacke Sauvignon Blanc 2019 – A definite step up in pungency with lots of tropical passionfruit, peach and lime zest.  Less overtly floral that Cloudy Bay but still with a blackcurrant leafy herbaceousness alongside a slightly spicy, smoky note. Mouth-wateringly high in acidity, with an intense, pungent and slightly weightier more textural palate compared to the filigree of the Cloudy Bay.

Which was better?  Both were excellent well-made wines that will happily evolve over the next 5-8 years.  Ultimately the choice of which is best comes down to personal preference and which style you prefer to drink. For me, the price point (it is a few pounds cheaper) and slightly more quirky style of Greywacke gives it the slight edge, but if you prefer a more delicate style of Sauvignon Blanc then Cloudy Bay will probably shade it for you just save up a few quid first.