Following on from my recent blog posts on Sparkling wine and by popular demand, the inaugural Wine Demystifier wine tasting evening was held. With Christmas fast approaching it seemed an ideal time to explore various Sparkling wines and see if we could find any hitherto hidden gems, and some gems we did!

The 8 wines selected were carefully chosen to reflect different production styles, grape varieties, dosage levels and even time spent on lees to see how all these factors influenced and affected aromas and flavours.

The evening started with an introduction to Sparkling wine and the sweetness scale (Brut Nature through Doux) and an overview of tasting methods and what to look for when tasting and evaluating wines, then we were onto the tasting itself: the wines were poured in pairs with each wine being evaluated (some more critically than others!) ‘blind’ so as not to prejudice them. Following the big reveal an overview of each wine was given including an exploration of how the production methods/style of wine impacted on its flavour profile.

These first two Traditional method wines used a high percentage of Pinot Noir in their blend with very different results. 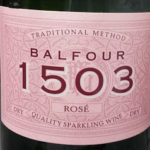 Balfour 1503 Rose NV – This English sparkler from Kent had a quite delicate coral colour with red berry fruits (Strawberry, cranberry) clearly redolent on the nose and palate. There was also a hint of sherbety citrus (grapefruit pith), and noticeable zingy acidity. Made by Hush Heath as a second wine, the sweetness level was clearly designed with a nod to commerciality* and certainly this was very approachable though perhaps lacking some complexity despite 12 months on lees. This split the group, some really enjoyed its sweeter style, whilst others found it too sweet.  (£20 Tesco)

* denoted as ‘Dry’ which (by EU laws) means a minimum residual sugar level of 17grams per litre (this one has 18g). [Note – in the sweetness scale this is sweeter than both a Brut and Extra Dry but not as sweet as a Medium Dry]. 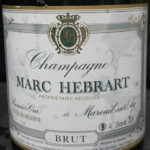 Champagne Marc Hébrart Premier Cru Cuvée de Réserve Brut NV – pale lemon in colour and with fine beads, on the nose there was noticeable nutty and yeasty characteristics alongside apple, strawberry, white flowers and citrus notes.  The wine had a lovely structure on the palate but was noticeable dry with high acidity.  The palate replicated the nose in terms of flavour profile: sour apple, lemon citrus alongside buttery brioche and roasted nuts.  This wine had been vinified in oak rather than steel which explains the oaky buttery notes noticed by some and gave the wine real complexity that I thoroughly enjoyed.  This grower Champagne was one of my favourites of the evening. (£25 Wine Society) 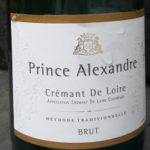 Prince Alexandre Cremant de Loire – staying in France and with the Traditional method we moved from Champagne to the Loire with this Cremant which was variously described as  delicate, light and fresh.  Dry with high acidity the wine had a more delicate mousse than the Champers and there was noticeable apple notes and a touch of pear and even a slight hint of honey (which given the predominant variety in this blend was Chenin Blanc was perhaps understandable). Easy drinking and approachable, one minor quibble would be the finish was quite short which was a shame. (£12.99 Waitrose) 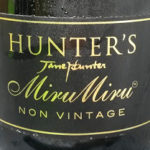 Hunter’s MiruMiru NV – Moving “down under” to this much awarded Traditional method sparkler from New Zealand. With 50% Chardonnay in the blend there was a greater citrus and stone fruit (peach) emphasis, alongside noticeable autolytic notes (this wine had spent 18 months on its lees and there was a distinct nutty savouriness both on the nose and palate which divided the group). With only 5g residual sugar per litre it was also drier than the other wines tasted, yet the fruitiness so typical of wines from New Zealand seemed to lift the wine and make the dryness seem less obvious. One of my top 3 wines of the evening.  (£17.99 Wine Society). 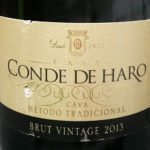 Cava Conde de Haro Brut 2013 – Staying with Traditional method but this time moving closer to home, to Spain, this Vintage Cava made from 90% Viura (Macabeo) was bright lemon in colour with fine beads and a noticeable nutty, savoury nose underpinning the citrus and apple fruit.  Dry but with a lovely balance of acidity and depth of flavour on the palate which mirrored the nose, the autolytic notes were much in evidence: yeasty, bready and nutty in equal measure (this wine spent 2 years on its lees), this Cava was rich, complex and had a lovely long finish.  My hands-down winner of the evening – perhaps I shouldn’t be surprised since it’s made by quality producer Muga – this wine ticked all the boxes for approachability, complexity, depth and value for money although I should say not everyone enjoyed the complex savouriness of this wine – it’s definitely a food wine that I will be stocking up with for Christmas!  (£12.99 Wine Society, also available at the Waitrose Wine Cellar). 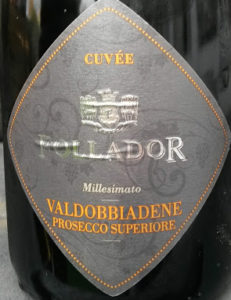 Follador Prosecco Superiore Torri di Credazzo DOCG– the first of the non-Traditional method sparklers, made via the Tank method from 100% Glera, this extra dry wine was immediately recognised by the group given the slight sweetness and dominant fruitiness (Pears, peach) on both nose and palate.  I thought this was a very good quality Prosecco, coming from both a single vintage and single vineyard (in Valdobbiadene). Well balanced and very approachable and easy to drink, the apparent lack of complexity compared to the previous wine perhaps hampered its perception with the group with some finding it rather bland, whilst others enjoyed the overt fruitiness. (Waitrose £14.99)

Our final 2 wines were the most divisive, and deliberately so: 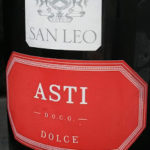 San Leo Asti DOCG NV – made by a variation on the tank method (Asti-method) which results both in lower alcohol and retained sugar in the finished wine. This wine was a ‘Dulce’ and the sweetness was remarked upon by the group immediately as was the overt grape, peach and floral aromas on the nose so synonymous with the Muscat grape. Frothy, fruity and fun is an apt descriptor for this wine, best served very well chilled with something sweet to eat. (Waitrose £9.99) 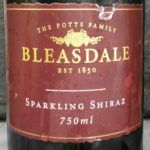 Bleasdale Langhorne Creek Sparkling Shiraz – our final wine saw us return ‘down under’ this time to Australia.  As I have mentioned in previous posts I think Sparkling Shiraz is much maligned and whilst most in our tasting found the concept of a sparkling red to be odd, I thought that the wine had a really good balance of fruit, supple tannins and a touch of sweetness (probably best described as off-dry). On the nose there were some really lovely rich black fruit notes alongside that trademark Shiraz smoky black pepper – characteristics which followed through on the palate. Intriguing but divisive, this would, in my opinion, be lovely served slightly chilled with a barbequed burger in the Aussie sunshine so perhaps it’s not at its best in a cold English winter!  (Wine Society £12.95)

We brought the evening to an end with platters of cheeses and charcuterie and a battle royale for the remnants of the eight bottles tasted. This tasting certainly threw up some surprises and divided many of the tasters which just goes to show that personal preference is undoubtedly the most important thing when buying and drinking wine but it’s always good to try something different, you never know you may unearth your new favourite…

Review of Lyme Bay Pinot Noir 2016 and much more…