Apologies for the radio silence over the last couple of weeks, I’ve been busy attending various tasting events with a view to subjects for possible future blogs!

For this latest piece I have decided to try and provide a useful guide to terminology you may come across on the wine label, what it means and more importantly what the implications are on the wine, as (usually!) there will be some. 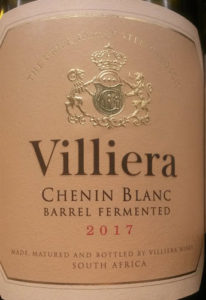 As the name suggests this describes a wine that has undergone either all or some of its fermentation in oak barrels.

This term relates to wines that are matured in oak barrel before being bottled.   You will often see the length of time and age of barrel stipulated ie “Aged for 6 months in new oak barrel”.

I should say here that there are lots of vagaries that need to be considered when assessing the impact of oak barrels on the wine namely:

♦  New or old barrel – new oak is more astringent and powerful, old oak tends to allow oxygenation without imparting too much flavour.

♦  Length of time in barrel – the longer the time in barrel the softer the wine and the greater the concentration of the woody, spicy, creamy flavour compounds from the barrels.

Why does this all matter?

Many white wines tend to be fermented in stainless steel which preserve the natural aroma profile of the grapes – the more aromatic the less need for oak although that is not to say they can’t use it – I have tasted many barrel fermented Kiwi sauvignons that are far more interesting than those that don’t use oak! Most red wines on the other hand will be barrel aged as a matter of course because oak is a porous material so ageing allows minute levels of oxygenation to take place which soften the wines.

What are the implications on the wine?

Oak is expensive, particularly new oak, so it can mean that the finished wine will also be more expensive (White Burgundy is a case in point!).   White wines which are barrel aged will be fuller bodied and more complex – imbuing spicier (smoke and clove), nuttier, creamy vanilla notes on the wines.  The colour of the wine may also be darker (in whites). In reds the oxygenation helps to round out and soften the tannins. 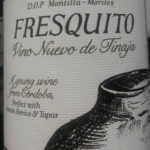 Note: If you see the term “Tinaja” or “Qvevris” – these are traditional clay pots/jars that are used instead of oak and usually result in increased levels of oxygenation leading to varying degrees of oxidation (think nutty, bruised apple aromas often associated with sherry) as well as a general darkening of the wine.

I like this term!  Basically this just means that rather than the winemaker adding commercial yeast to the grapes, in these instances the naturally occurring yeast (found on the skins of the grapes and within the winery) are allowed to spontaneously ferment.    You may see terms such as Wild Yeast Ferment or Indigenous Fermentation – it means the same thing.  Often associated with Natural, organic or Biodynamic wines, it doesn’t particularly change the flavour profile of the wine but does suggest the winemakers are keen on keeping their wines as non-interventionist as possible. 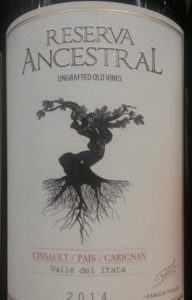 No prizes here for guessing what this means…yep, it refers to wines made from old vines.  What are the implications on the wines? Well, essentially like any living thing, grape vines as they get older slow up and the levels of production shrink, but the upshot of the smaller yields are higher quality and increased concentration, so whilst production levels will invariably be much smaller (and thus price will often increase accordingly given the production costs – hand picking etc) these wines will have concentration, depth and real character.

If you see the term ‘Ungrafted’ – this means that it’s the original vine, many vines were grafted during times of disease with disease resistant rootstocks. So ‘Ungrafted’ will mean older vines as  well!

You will only ever see this term used on labels of white wines – think Muscadet Sur Lie. I could go into too much scientific detail here but to simplify think of the lees as the dead yeast cells left over from the fermentation. By leaving the wine on these dead yeast cells for a period of time, they gain extra complexity, richness and flavour characteristics (yeasty, creamy). These wines will also not undergo racking or filtering. 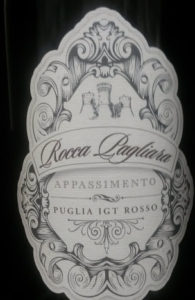 This is a style of production associated primarily with Italy (Straw wine is another global term for the same process) whereby ripe grapes are picked and laid out to dry for weeks/months under the sun, so dehydrating and in the process concentrating the sugar levels.  The resultant wines will be higher alcohol, have a big body and taste of concentrated ripe often dried fruit character with varying levels of sweetness. 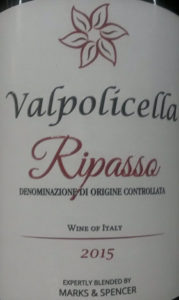 An Italian term which essentially means “repassed” ie when a dry wine is passed over (and re-fermented) with the unpressed grape skins that were used in the production of Amarone (using the appassimento process), hence the informal “baby Amarone” moniker for many Valpolicella Ripasso’s.

Unfortunately this style has proved so popular that quality does vary dramatically but if you seek out decent producers they often offer very good value for money for a stylistically quite similar wine. Expect a fuller body, higher alcohol and more coffee/mocha notes with damson/dried fruits and vanilla.

I could go on here and talk about Recioto but these are sweet wines and I have touched on them in previous posts on dessert wines, so I will leave it here for now.  If you see any terms you are unfamiliar with drop me a line and I will try and explain hopefully this has demystified things a bit…

“W” is for whole-bunch fermentation

“L” is for Lambrusco